Above: Suspension Piece for Singers, 2015. Still from video documentation.

Temporary held vocal tensions between a group of 9 people from Thurrock, Essex. The sound of moments of consonance and dissonance play out, at times building into a harmonic chorus, and other times trailing off and dissipating unrealised until a new refreshed attempt begin and in this process, acknowledging these moments of failure as part of the larger structure of the composition.

Dissipate, to break up and drive off, to cause to spread thin or scatter and gradually vanish, physics : to lose (heat, electricity, etc.) irrecoverably, to spend or use up wastefully or foolishly.

“…A nonet of singers position themselves around a large rectangle of light, beamed onto the floor of the Centre by single overhead projection, and essay a piece who’s overall effect lies somewhere between the syllabic structures of Karlheinz Stockhausen’s Stimmung and a chamber version of Ligeti’s drifting Lux Aeterna (of 2001 fame), the latter connection being accentuated by the suggestively Kubrickian dominance of the horizontal visual plane in the work.

In this instance the prodigious size of the Backstage Centre, particularly the height of the ceiling, works entirely harmoniously with piece. By simple dint of subduing all light external to the ‘Singers’ rectangle’, thus rendering the rest of the space into a void of darkness, the audience (almost of necessity) becomes intensely focused upon both the nuances of the singer’s performance and, most particularly, the dazzlingly colourful visual score that Evans projects beneath their feet.

As with Wool Matrix, Evans has designed this score to be interactive, creating slippage between herself and the singers, thus engendering a constant series of ‘fresh starts’ and reassessments during the course of the piece and emphasising the element of group thinking. The program score itself is driven by the decibel levels and pitch frequency of the singers. Each projected shape or letter, appearing initially at the edges of the floor rectangle, suggests a timbre and is assigned a different frequency. When that frequency is collectively achieved by the singers and they proceed to increase their volume level, the shape itself moves into the centre of the video field whereupon it can be vocally ‘suspended’ for five seconds before ‘exploding’. Glimpses of the ingenious complexity of the score process emerge as some of the vocal scenarios (the singers being possessed of a wide variety of ranges) quickly destabilise, creating fresh and unexpected letters to appear. One particularly droll moment occurs when a series of possible ‘Ys’ appear at the edge of the rectangle, only to morph rapidly into ‘X’s’ the moment the singers began to move the letter towards the middle field, causing a swift and humorous shift in vocalised consonant sounds. Despite the pleasure to be gained from analysing the effects of the score, however, I confess that I soon became intent on simple enjoyment of the dissonant to harmonic sounds of the piece itself and the almost séance like atmosphere created by this evocative staging.” Keiron Phelan, 2015 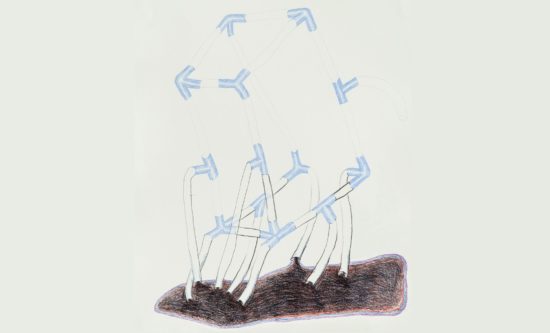 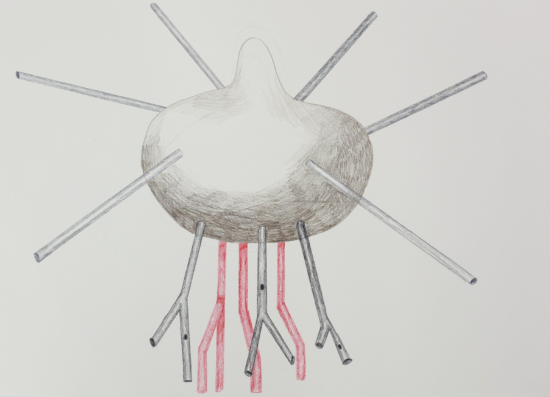 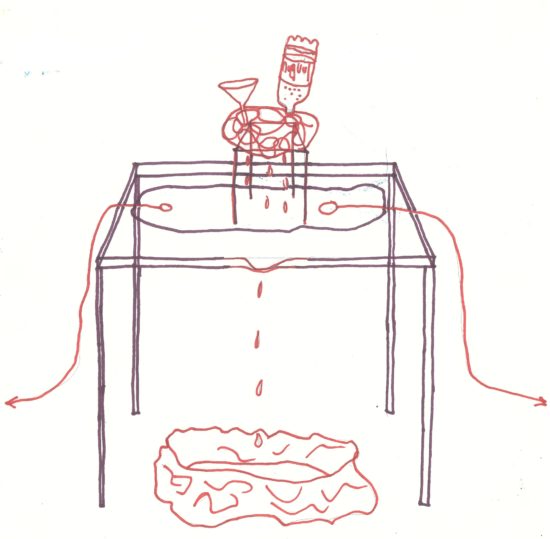