Above image: Aftermath of the Score for Stage Hands performance, 2015

Score for Stage Hands was first performed at The Backstage Centre on the 10th May 2015 by students from South Essex College Theatre Stage Engineering course.

“The afternoon’s ‘Post Script’ is provided by the clatter and bustle of Score for Stage Hands, creating a neat counter-point to the meditative performance preceding it. For this site-specific piece, performed by students from the Centre’s Technical Youth Team and South Essex College, the score is open text based and given to the performers in a large scale, projected, story format.

The task of the each Stage Hand is then to interpret their own place in the given story using only the technical theatre equipment available to them in the space (theatre lighting, scaffolding, ladders, sound, haze and a deconstructed band-kit, all to be moved around the spacious Centre). The stratagem, here, is the switch from utilising tools to assist in the creation of a performance into making the usage of the tools the performance itself. As the interpretation potentially utilises every area of the space (including gantry), in a low light medium, it becomes difficult to follow every twist and turn of the performance, which suggests that a longer time scale for any future enactment might aid the audience’s perception of the story/action interplay.

This particular performance certainly took an enterprisingly musical turn as a collective ‘decision’ to utilise the scaffolding as a percussion instrument was arrived at, an elegant further twist being the lighting up of the, shadow enveloped, scaffold by mobile phone screens, creating a structure reminiscent of Moholy-Nagy ‘light sculptures’. The results, then, are intriguing though perhaps more disjoined than the tightly configured, highly impressive, Wool Matrix and Suspension Piece. But there is a sense of urgency, speed and motion to the piece that plays off nicely in comparison to the rest of the afternoon’s performance.” Keiron Phelan, 2014

Speaking about the panel’s decision, Anne Bean said: “What first struck me about Rita’s work was its fearlessness about using wide-ranging technologies, combining the sophisticated with improvisatory and spontaneous practice. Her drawings showed a real similarity to the freedom, quirkiness, humour and enquiry intrinsic to Stephen Cripps’ sketches.”

Panel member Ron Haselden comments: “Rita stood out as an artist who was very motivated and spoke and illustrated a number of projects that were often ‘off the beaten track’. She already seemed to be wholeheartedly committed, with a number of engaging ideas, for projects that were well-orchestrated in her mind for Thurrock, the local environment and those who live and work there.” 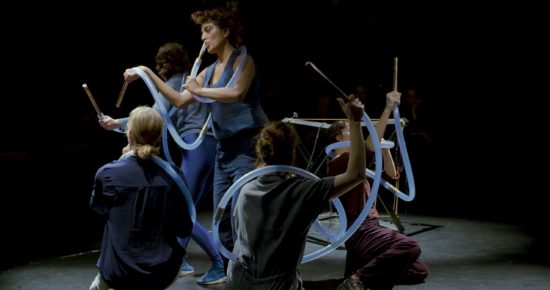 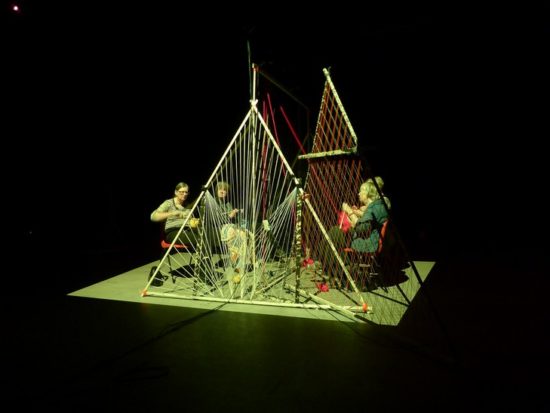